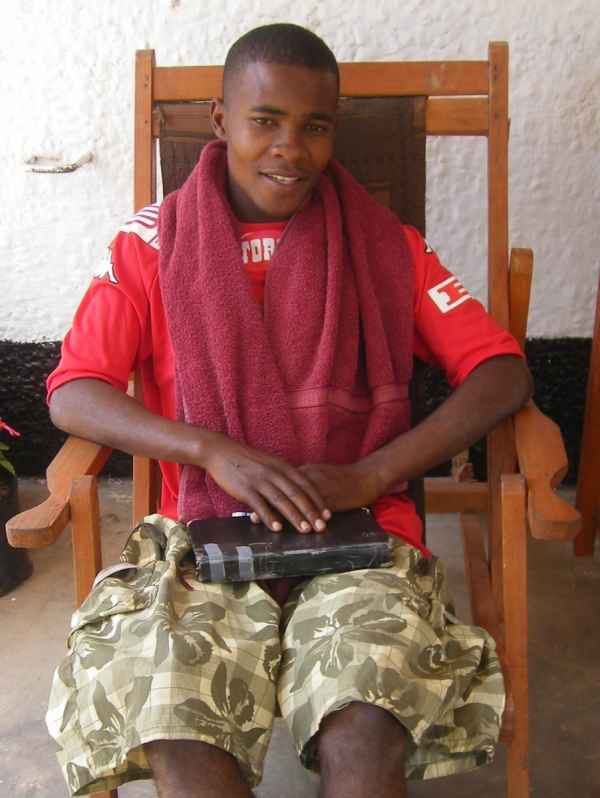 Gardina grew up in a family that was committed to the WatchTower organisation and as a Jehovah’s Witness his prayer life was limited.  At 18 years old Gardina became a born-again Christian and he and his family has been transformed.  That Gardina came to Kaniki Bible College is, in his words, “a sovereign work of God”.  He explains:

Kaniki is a place of making. Before I came here I was working in the bus stations and everything about me was different, even the way I would dress, you would not recognise me. The gifting of God was upon me and the charisma was there but my ethics were not good and I felt I could just do as I wanted. I needed training!

When I first started at Kaniki I was really short-tempered and would even quarrel with the leadership and answer them arrogantly. It is very strict on character formation here and I have had to catch up with the environment I am in. Sister Constance who graduated last year helped me a lot, encouraging me to see that I am a new person, the old me has gone.

Academically I have also grown. Communication was a big issue and problem for me as my family were not used to speaking English. This made the first term at KBC very tough for me as we are not allowed to talk in our vernacular languages. On one occasion some English volunteers came to ask if I could translate for them in their work with local children. The chairman had to refuse as he knew my English was not good enough. It pained me not to be able to help them but I knew that rather than letting this destroy me, it was a chance to grow. I spent a long time working on my vocabulary and have seen the hand of God on my life. I was even sent to Copperbelt University (CBU) in June this year to speak there. I knew that there were doctors and great intellectuals there but by the grace of God I was able to minister fluently and without error to them all. They said that they could see the good work Kaniki is doing and were referring to me as a scholar!

I know my time here has not been in vain and now my dream is to minister effectively to different cultures. I would love to do further study and gain more skills to help me disciple those who can spearhead revival in the future.”