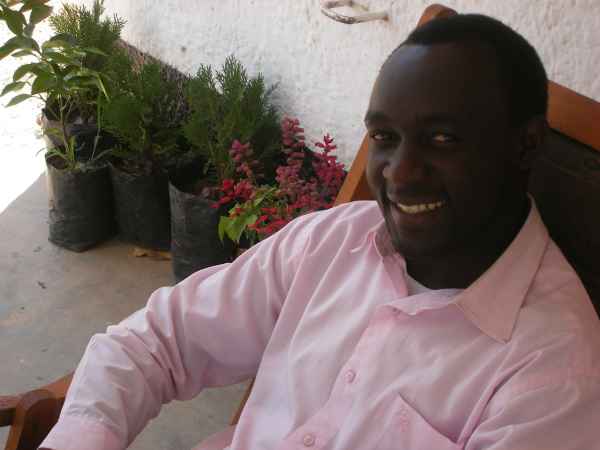 Mike’s desire to study at Bible College was delayed when he was falsely imprisoned in September 2007. He and a friend were both sentenced to 18 months hard labour, after being falsely accused of theft. Mike says: “Of course, I was praying for an acquittal, but then God showed me in a dream that I would wear prison uniform for some time. My friend and I were asking God “Why?” but then we felt that while men may not be just, God’s justice would come somehow.

Many people came to encourage us and even the prison wardens saw something different in us, they believed we were innocent! A former prisoner, who had become a pastor, came to teach us about HIV/AIDS, drugs and alcohol and when he left we continued discussing into the night. I became a cell Pastor and led people to Jesus. Men who had pain passing water and those with certain addictions were healed through prayer.

My prison sentence was cut short (to 8 months) and I did no hard labour during that time. I knew I had seen God’s favour and when I fasted and prayed about my future, I saw a new vision, this time of Kaniki, the buildings and its beautiful surroundings. I had no job and didn’t know how the finances would come but God helped me raise the money for the first term and even my mother, who buys and sells tomatoes, has been able to supply enough for me.

While at Kaniki I have grown a lot in character. I have a new tolerance for other people, when someone has said something that makes me feel so bad, I haven’t retaliated but just kept quiet and then later they have come to me shocked to notice this change in me, that I didn’t respond angrily.

Having seen God’s faithfulness, even in His promises from the 1st term coming to pass, my faith in Him has increased. I know I am not stuck. God will provide and He is worthy to be trusted even through the challenges. Right now I have to focus on this last term and I am waiting for God’s direction but I know I have to do further study in the future.”